All You Need to Know About Singapore’s National Service

You are here:
Tips 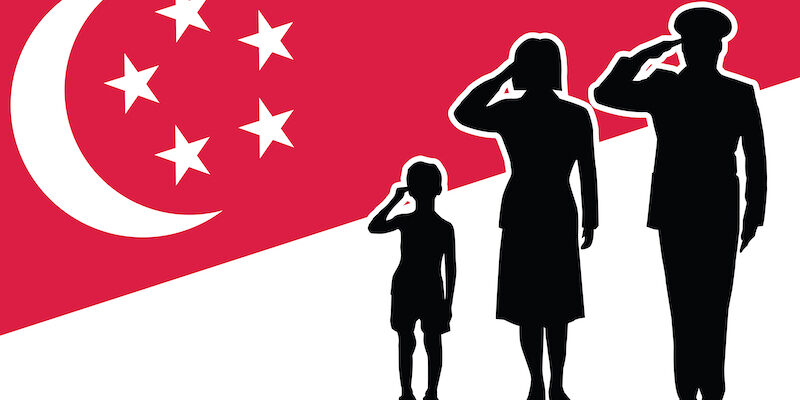 Singapore is a remarkable country that offers many opportunities for people of all ages. To that end, many of its citizens and permanent residents strive to safeguard the country’s continued sovereignty. Serving National Service(NS) is typically one of the first acts of loyalty to the country for Singapore citizens and permanent residents alike. It is a mandatory service for all Singaporean and Permanent Resident (PR) males, with only a few exceptions.

There is usually a lot of excitement among qualified males who are about to be inducted into NS. On the other hand, however, there are some people in the country who regard it with disdain. As such, let’s take a closer look at what the National Service is in Singapore and if it’s still something necessary.

National Service is a military program designed to supplement Singapore’s regular defence forces. Eligible males are usually enrolled into the military, but a significant number are still assigned to the police and civil defence forces. Once enrolled, these qualified individuals will receive the necessary training to combat internal or external insurgencies in the country.

Who is Mandated to Serve NS?

Eligible male Singapore citizens and permanent residents are the ones who will be enrolled into National Service. According to the Enlistment Act, all male citizens of the country are expected to register for it at the age of 16½ years, with active service beginning at 18.

Second-generation Singapore PRs are also required to register for NS. Second-generation PRs are young individuals who have obtained permanent residency through their parents’ sponsorship. Their parents were the ones originally granted permanent residence as working professionals under the Professionals, Technical Personnel, and Skilled Workers (PTS) scheme or as investors under the Global Investor scheme.

This makes the parents themselves ineligible for NS since they should have long exceeded the minimum age. What this means is that for parents wishing to apply for permanent residency, their teenage sons will be required to register for NS in Singapore once they have successfully obtained it.

What is the Purpose of National Service?

National Service was implemented soon after Singapore gained independence. With the British Army withdrawing troops from the country and other countries providing little defence assistance, the government saw no other option but to implement such a service.

The Singapore government believes that their small nation must maintain a significant number of combat-ready NSmen in order to be prepared for any likely contingency. The location of the island, which made it a critical battleground during WWII, and the public’s unwillingness to volunteer for the nation’s defence force also added to the need to establish the NS program.

NSmen are well trained to handle a variety of military equipment, but their purpose is not limited to only military deployment. They are also trained to assist in the mitigation of natural disasters as well as various other unforeseen circumstances in Singapore.

What is the Duration of the National Service?

Young men of age 18 are drafted into National Service, where they receive training and serve as full-time servicemen for two years. During this time, they act as members of the Singapore Civil Defense Force, Police Force, or Singapore Armed Forces, performing duties as required by their roles in these organisations.

After completing the mandatory two-year service, young men are free to pursue other interests, but they are still required to continue participating in National Service. They become Operationally Ready National Servicemen who can be called up at any time and anywhere in the world to serve the nation.

Aside from that, every year, all servicemen (those who have completed their two-year training) are called up to participate in training that lasts about a week or two. This training serves as a refresher, so they can be ready to be called to active duty when the situation warrants it.

How to Get Enrolled for National Service?

National Service enrollment begins at 16½ years when teenage boys are registered for the program. These young men are eligible for enrollment at 18, but they must first pass a medical examination to determine their physical and mental fitness.

The Individual Physical Proficiency Test (IPPT) assesses the physique, upper and lower limbs, hearing and eyesight in both ears and eyes, cognitive functioning, and emotional stability. Then, these boys are graded and, based on their Physical Employment Standard (PES) grade, enrolled in a branch of NS deemed appropriate for them.

The three main services within the National Service scheme are as follows:

After joining any of the services above, recruits are further designated into sub-services. For example, those assigned to the SAF may be directed to the Army, Navy, or Air Force based on various criteria. Assignments are usually based on the outcome of additional training and tests.

What Happens If You Do Not Enroll in the Service?

In Singapore, National Service is legally binding, and failure to meet its obligations is punishable by law. Those who violate the Enlistment Act face a $5,000 fine, up to three years in prison, or both. The punishment depends on the length of time for which you try to evade NS.

Can National Service be Deferred?

Deferring National Service is one way to avoid being penalised for failing to enrol when it becomes due. For example, if you need more time to finish your studies, you can notify the Singapore Ministry of Defence and explain why this is so. If your arguments are convincing, you will most likely be exempted from NS until you graduate.

Meanwhile, those under 16½ must post a bond if they plan to stay in another country for three months or more. Depending on which is greater, the bond is either $75,000 or an amount equal to 50% of their parents’ combined annual gross income.

National Service in Singapore is mandatory for all male Singapore citizens and permanent residents. Once enrolled, these young boys are given training that will benefit them even after they leave active duty, despite the physical and emotional strains they might go through. In addition, they are compensated based on their rank for their contributions to the country’s sovereignty.

Applying for Singapore PR and wondering if your son would need to serve NS, then the answer is yes. In this article, we have tried to cover everything you need to know to decide if you should apply for a PR for your child along with yours. If you still have any questions, you can reach out to our friendly immigration consultants to answer all your queries as well as guide you through the PR process.

All You Need To Know Before Renouncing Your Singapore Citizenship
November 4, 2022

Looking to Set Up Your Business in Singapore? First, apply for an Entrepreneur Pass (EntrePass)!
October 7, 2022

What are the Requirements for the Renewal of PR in Singapore?
September 30, 2022

What Actions Do I Need To Take After Receiving an In-Principle Approval Letter (IPA) for My PR Application?
September 23, 2022